What’s up guys today we’re reviewing the Garmin VivoSport, so think of this as the Vivosmart 3 which we did a review of earlier this year. So it’s basically that device plus a color display and GPS so it’s really a product for somebody that wants to run and cycle and walk and then want to map those activities and they want an activity band as opposed to a GPS watch. So it also does a bunch of other things and we’re going to cover those in this review.

Okay so first up the Vivosport retails at $200. At first glance that sounds pretty expensive, like I actually do think it’s a little bit high but after testing this device I’m kind of finding ways to justify it because I’m thinking maybe I’m going to spend 150 on the device but doesn’t have GPS maybe $200 isn’t so bad and you know the price is going to come down in the future that’s what always happens with Garmin devices.

So, Garmin vivosmart is three things mostly. So first up it’s an activity and sleep tracker. Garmin is really good at this stuff. it’s also like a GPS watch because it obviously has GPS built in and then it’s a semi SmartWatch with a few SmartWatch capabilities. We’re going to cover all of those things in a little bit more detail but first let’s start with design.

So, this is going to look just like the vivosmart 3. it’s super sleek and it’s lightweight and you hardly even notice it’s on your wrist. it’s very comfortable more so than just about any activity tracker I’ve ever tried and that’s saying a lot because I’ve tested a lot of activity trackers and has the added benefit of being like really lightweight so when you’re running with it or cycling with it or walking with it you’re able to keep it in that perfect position to have better heart rate data.

Also, is totally water resistant and will be just fine for swimming. Though it doesn’t support swimming as an actual sport. It has an always-on touchscreen display that works great. it’s full color it is backlit, but the screen seems a little bit small if I’m being honest. When I would look down at my wrist I would, and I have a pretty good eyesight. I kept thinking myself wow that’s a really small like the information on there is small. So, I wish somehow, they would have been able to make that display a little bit larger in any case it is really easy to use.

The software on this thing is super easy to understand and I really have no complaints in terms of usability, other than that maybe when you take a shower, or you go swimming, or something can’t actually use the touchscreen display. The water kind of gets in the way. It does have a built-in wrist heart rate monitor on the underside that heart rate sensor is going to work great for running actually very good for running like I said because you can get it in that perfect position and doesn’t move around a lot.

It’s going to be great for all day use and walking and cycling, but when you take it to do strength training or CrossFit, just like any other wrist heart rate monitor you’re going to see kind of the day to get a little bit messed up. It’s not going to be reliable for those activities just a limit to the technology unfortunately, though you cannot pair this device at least to my knowledge with an external sensor so you have to use the one that’s built-in. Still it is better than nothing better than just relying on your general movement to gauge your effort level for strength training CrossFit high intensity training all of that stuff.

The Vivosport is going to track your all-day steps calories burned distance traveled heart rate and intensity minutes floors climbed. I believe even those and then all that information is going to be stored within the Garmin Connect mobile app and they also have a web portal as well. it’s a really good application not the best one out there but I think if you end up getting this device you’ll be happy with the software that you’ll be using.

It also has a daily goal by default it is steps, but you can change it to I believe distance or calories and I actually think they do a good job of keeping you accountable with your daily goal, because that goal automatically adjusts based on your prior activity level. So that’s nice to have they also have move reminders and a move bar for when you’re being lazy like this guy.

It also now tracks your stress levels so that’s something I believe they introduced with the vivosmart 3 and essentially, it’s going to interpret your heart rate in your effort and all this stuff throughout the day and it’s going to tell you how stressed you are throughout the day. It’s kind of cool I don’t actually know what to do with the data. it’s going to track walking running cycling the stair stepper strength training and cardio and cardio is more or less a catch-all but for the most part for a lot of people out there you’ll be able to do your activity with this band.

For cycling and running you can do it indoor and out, so and yes it does have the GPS that I talked about before so you’re going to be able to map or you actually ran or did that bike ride, which is pretty cool. Now something that is new to this device is that it has live tracking, so you can set it up to where as soon as you do an activity you go running or cycling it will automatically send an email to whoever you designate and then they can see how you’re doing on a map. So it’s like a safety feature. 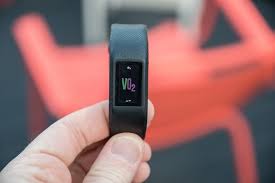 Maybe they want to watch you do a  marathon you actually have live tracking now with the Vivosport and also your Vo2 max. It’s going to estimate your Vo2  max which is pretty cool because that’s a really good gauge of your overall fitness level.

Also for all of the sports I found  most of the data to be pretty acceptable like GPS seems to be pretty good. Garmin tends to estimate a little bit low but in general I was pretty happy with it. I really like having the heart rate Sensor. The one thing is for strength training that was introduced on the vivosmart 3 and I just didn’t think it was perfect then and it’s still not perfect now.

it’s supposedly going to automatically track your reps sets your rest time then determine what type of activity you’re doing, unfortunately, I found that it isn’t usually correct and it’s not something that I’m going to rely on and I just don’t think anybody’s going to get this device and really love the strength training feature.

So it has it you may want to try it out but it’s not a reason you’re going to get the Vivosport moving over to the smart features. You’ve probably heard all of this before it relays all of your smart phone incoming notifications so you’ll see those on your wrist text messages calendar reminders Gmail alerts all of that stuff.

You’ll be able to preview those on your wrist granted it’s a really small screen so you can barely preview the message which kind of stinks but at least you can get those alerts so if somebody’s going to call you. You can see them right on your wrist can’t really do anything from there but you can at least get those notifications.

Additionally, you can see the weather for the rest of the week. That’s nice to have you can control the music that’s playing on your phone, so you can skip a track pause and play and you can also go back a track. It also has a fine my phone feature so basically you hit it and it’s going to make your phone ring. I’ve seen this before and a lot of other Garmin devices and now a find my watch feature, so you can find your Vivosport if you lose it now. 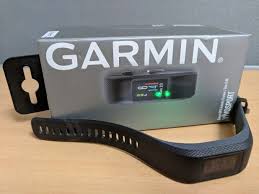 In terms of battery life they say it’s going to be up to seven days on a single charge. For me it was like four to five days depending on how active you are.  I’m pretty active and I used it every day for working out or for a really long walk  or something like that for cycling and I was getting about four maybe five days and then it  would die on me.

it’s not great it’s not bad, just note that you’re not going to probably get those full seven days of battery life out of it. So that is the Garmin vivosmart I think it’s pretty cool like I said in the intro I think $200 is a little high but if somebody wants GPS and they want an activity band and not a GPS watch this is one of the better options out there and I really like it in terms of design. it’s comfortable I like I’m in the color display it’s really sleek. I just think it’s a really good device didn’t totally knock it out of the park. it’s not something completely new but it may be right for you.

The Benefits of Young Barley Grass

9 Natural Cough Remedies for Your Little Ones

10 Negative Effects of Sugar to our Health